This post originally appeared on the With the Barretts site on Sunday, April 1, 2018.

This heartwarming tale is set in Lisbon, Portugal.

Portugal is a beautiful country. The countryside, the architecture, the warmth and friendliness of the people.

We recently spent two weeks in Portugal. It’s a place we’d like to go back to and spend more time exploring. It was a wonderful trip.

All except for that pickpocket in Lisbon on Tram 28. But that wasn’t so bad, either, as you’ll see. 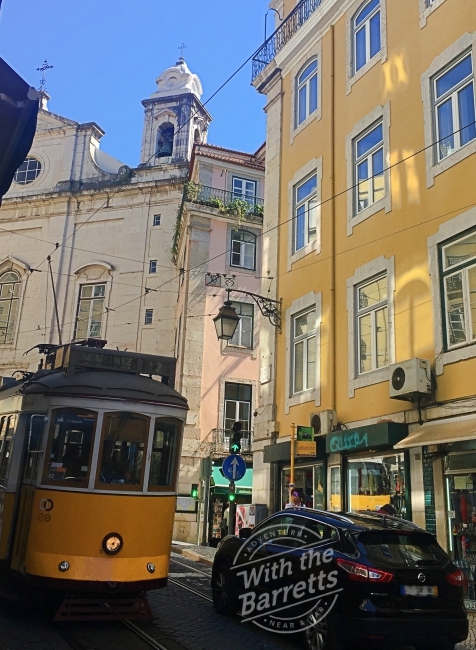 I don’t know why we got on Tram 28. It’s pretty notorious as a jam-packed tourist magnet, just perfect for pick-pocketing. All the reviews said so. We generally prefer to explore by walking – or, if it’s a large city (and Lisbon is, to be sure) we may get our bearings by taking a tour bus with a recorded or (preferably) live narration and then explore on foot.

While wandering one morning, we chanced upon Tram 28, waiting at its first stop. We decided to get on. So did the fellow who got off two stops later, taking my wallet with him.

I know who did it. The tram was crowded, even at its first stop, and there weren’t two seats together. Debra took a single seat about midway through the passenger compartment. The only spot left was in front, next to a friendly little old man who gestured with a smile for me to sit.

The seat wasn’t designed to be popular – it faced toward the center of the car and was right in front, next to the partition between the driver and the passenger area, making sight-seeing difficult. But it was nice of him to offer, so I sat.

I began to have a vague, slow sensation that something wasn’t right. Nothing I could put my finger, but something was off. My “spidey” sense was tingling. I ignored it.

Like I said, the nice old fellow got off a couple of stops later. Debra came forward to sit with me. I still couldn’t shake the indefinite discomfort and said to Debra, “Let’s get off of this thing.” We did.

And that’s when I discovered that my wallet had disappeared from the pants pocket with the Velcro closure in which I had stashed it. The one on the right side. The side next to my departed Portuguese acquaintance.

They’ve Heard it Before. Often. 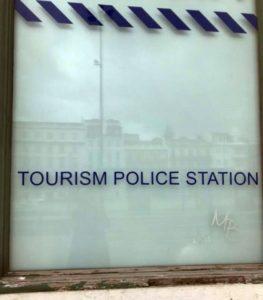 The Portuguese authorities recommend that you report all thefts or other crimes to the police. They even have a special “Tourism Police Station” on Avenida Liberdad, next to the Rossio train station (which has a really fabulous façade, by the way).

They weren’t surprised by my report of the theft. I got the impression that  “Tram 28” spoken in various languages other than Portuguese is a pretty common sound in that station.

I was upset for several hours but Debra talked me down. The risks inherent in travel or any kind of adventure include things a lot worse than losing some money. Thankfully, I still had my passport, so I didn’t have that hassle.

Mostly, I was mad at myself for ignoring my gut. And, truth be told, a little embarrassed because I’m an experienced, world-savvy traveler, right? That kind of thing isn’t supposed to happen to people like me, right? Sure, it’s silly. But that doesn’t change the feeling.

With some distance, physical and temporal, I’ve invented a story in which the friendly little old man used my money to pay for medical care that his granddaughter needed but couldn’t afford. (Yeah, I know: not likely in a country that has universal health care. But it’s my story and I can make it up however I want.) 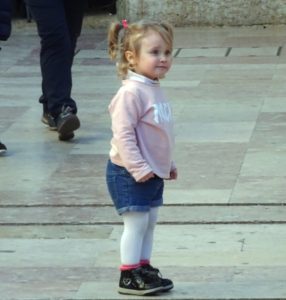 The little girl is recovering now; she’ll be alright. The little old pickpocket is sorry for whatever inconvenience he caused the gringo on the Tram but his love for his sweet little girl wouldn’t let him see her suffer any longer.

The gringo will be fine, too. He was able to cancel the credit cards without a problem and he can get a new driver’s license.

So, you see, this is really a heartwarming tale of a kindly Portuguese pickpocket.

And another adventure With the Barretts!

This site uses Akismet to reduce spam. Learn how your comment data is processed.